There’s an internal dialogue going on here in which one voice; kind, polite and happy to be sat in a nice pub with a glass of wine is asking whether you can moan, too much, when you’re getting two courses of food for a tenner. “It’s Sunday lunch,” the voice is saying. “Relax; forget about the food and listen to your mum’s latest caravan news.”

The second voice, shouting a bit to be heard over the caravan updates, butts in. “Yes you can moan. Moan away. It might only be a tenner but that’s 3 extra pints and a packet of nuts you could be having instead of this half-arsed effort of a meal.”

The second voice suggests that if you’re going to stick it out, you may as well order some more wine. 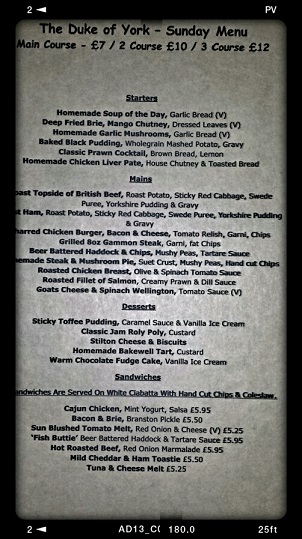 “Starters were decent” says glass-half-full internal Voice 1. “That slab of black pudding on the mound of mash went down well, and so did the wedge of breadcrumbed and deep-fried brie. And no, there’s no shame in ordering prawn cocktail even though it’s 2014 and although the prawns were bland, the sauce was good.” 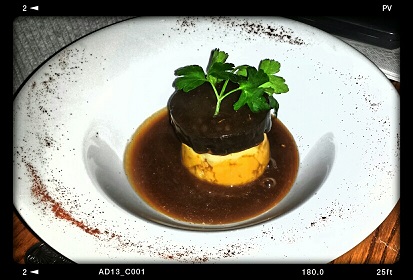 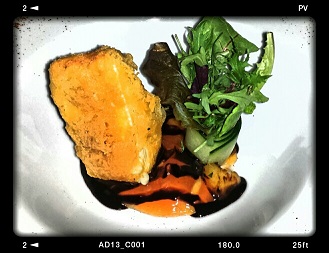 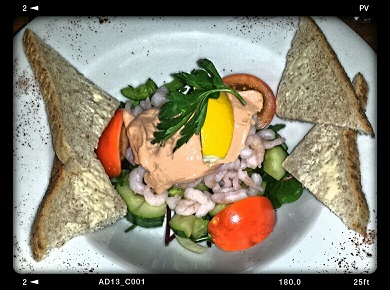 “A week later your mum said she didn’t actually like the prawn cocktail,” says Voice 2.

“Well she’s polite for leaving it a week to mention that, even though it meant having to rewrite this review,” says Voice 1.

Voice 1’s spinning some positive riffs about the mains. “Behold the size of the Yorkshire pudding! Look at all that meat! Who doesn’t love rivers of gravy?! It’s a James Martin Yorkshire Portion! It’s GENEROUS and HEARTY which is what EVERYONE wants!” 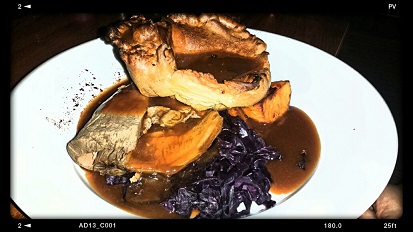 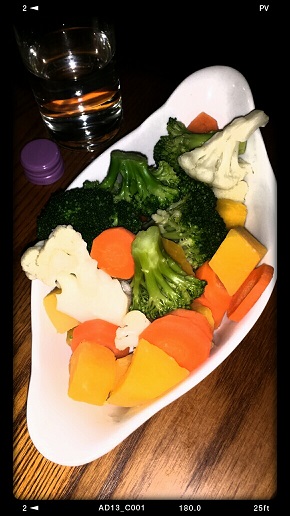 “Sack that,” says cynical second voice. “The Yorkshire Pudding might be big but it’s burnt and brittle. The gravy’s made from granules which, although you may guiltily enjoy, isn’t everyone’s cup of bisto. And was there any need to drown the plate in the stuff? The veg was bland. It wasn’t generous, it was overkill.”

“Also,” says Voice 2 going off on a bit of a tangent, “whilst we’re talking about James Martin, have you heard how he says ‘double cream’? He says ‘dabble’. Weird, that.” 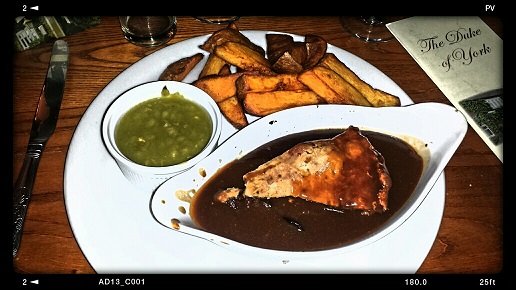 “Fair point. But listen. It was a tenner and you’ve been fed and you won’t need to eat again today. You can’t moan.”

“It was only a tenner. It’s good value.”

One thought on “Duke of York, Halifax”