Day 1 in Sunny Scarbados had consisted of refuelling with bacon sandwiches at the Eat Me Cafe, (the Good Food Guide’s best Cafe in this blessed land, 2014, no less), sampling some on-the-money Fish & Chips (‘til a brazen seagull got territorial and nicked some) and then eating at the lauded Lanterna, where (big tick) chips came without being ordered. 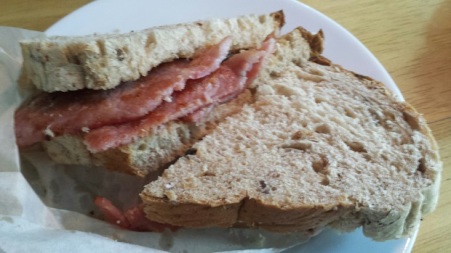 Not a bad start.

Spirits were low, and after all that good fodder up to now we worried we may have peaked prematurely, culinarily speaking.

Worry not, worryworm, it’s a belter.

There’s an informal feel to The Green Room. It’s unfussy and laid back, with mum sorting Front of House as if she was hosting a family dinner.The room’s charming and homely. Service is homely and charming.

But both belie the playfully skillful scran being knocked up in the kitchen by the chef, who’s in there on his tod making enough of a racket for you to know there’s a bit of elbow grease going into your tea.

There was a bit of icy magic, like in the scallop and celeriac dish where snowdrops of apple turned to sauce; and, next up, the cheese mousse that melted into the creamed broccoli to make a soup. 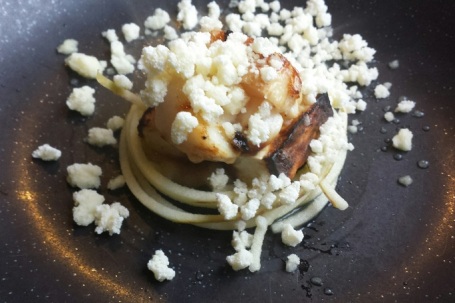 This wasn’t just the conjuring of cheap tricks, though. There was texture and balance and once you’d finished grinning at the theatre you thought ‘yep, it tastes bloody good, too’. Even the celeriac, whose char made a nice, new (for us) double act with the just-cooked and juicy scallop. 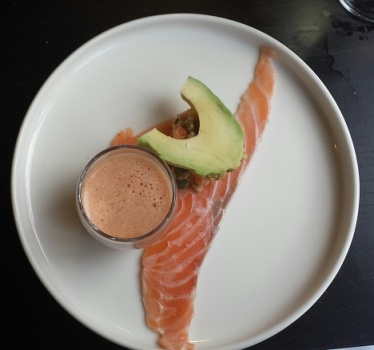 Beef brisket had been tucked up somewhere warm for a fair while and was transformed to a tender and texturous version of its former self. It came with a couple of bites of rare steak and what we deemed ‘nuclear’ chorizo, whose saltiness was a spiky contrast to the bovine stuff.

There were a couple of puddings, jelly and ice-cream being the winner, obviously. That ice-cream was the missing link between the nice posh stuff that freezes too hard and the cheap creamy stuff from the vans. Ace, it was. 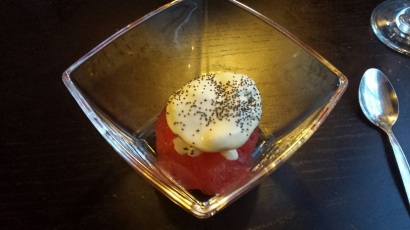 The whole menu was well-judged, expertly-executed and, for the punter at least, brilliantly-priced at £35 a person. Priciest wine’s 30 quid.

It’s an unassuming little place tucked away on a backstreet. Well, it pretends to be, but it’s actually a smart, confident and quality find. Some of those proper restaurant scribblers have been, too.

2 thoughts on “The Green Room, Scarborough”