Following a pub malfunction the previous evening we’d missed the early teatime window to get in at Padella, so it was the queues we encountered before spotting the restaurant itself.

Now I like the carby goodness of pasta as much as the next person pretending to be on the Mediterranean diet, just not enough to line up for the stuff.

I wasn’t making the same mistake twice, and spent the next morning – bar a studious seven minutes at the National Gallery (Monet blah blah, Van Gogh blah blah) – keeping tabs on the queue situ at Barrafina by hanging about outside for a leisurely three hours.

Doors open at 12 noon but, not wanting to look too keen, I left it until a fashionably late 12.01pm to bag my seat at the counter.

No reservations, no tables either; here you plant your arse at the bar and watch the bustling brigade of chefs prepare your tapassy dindins. ‘’Open kitchen” doesn’t really do it justice given I’m that close to the action I half expect to be bollocked for not wearing my whites and given a sack of spuds peel and chop.

The clank and clatter of the place, the steam and sizzle, brings to mind the kitchen from Pixar’s Ratatouille. Stocks bubble, chefs shout, a plancha planches. It’s hard not to get caught up in the theatre of it all.

I get amongst some blitzed and blushing tomato on crunchy bread (in an effort to convince folk I know what I’m talking about I actually call it Pan con Tomate, imagine) and salt cod fritters that get the crisp/soft double header spot on. 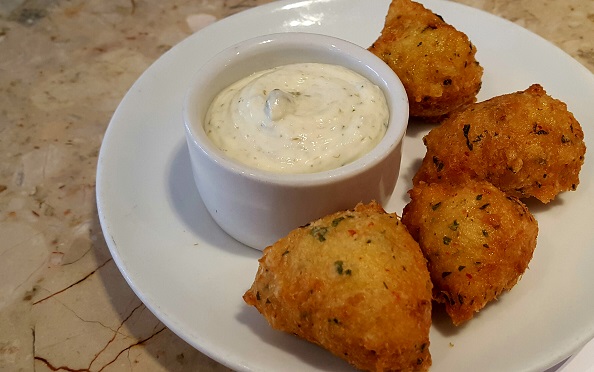 From the specials I bag the Acedias, a fan of fun-sized Dover soles floured, fried and flung down with a glass or two of spritzy Txakoli. Whitebait for grown-ups, basically.

A whoosh of charcoal smoke has me lusting after some animal flesh, an itch I scratch with two chunks of fast-blasted juicy Galician steak. 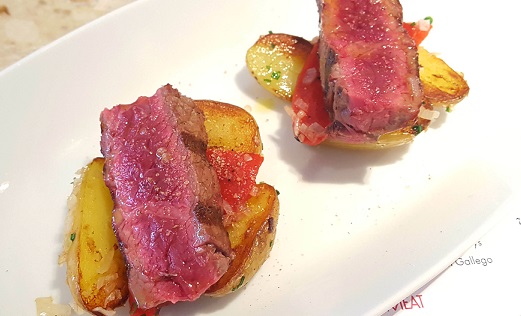 Granted, its Iberian heritage doesn’t jump out at me, but it was damn good cow, cooked rare, and salted in front of me by the head chef who was by now probably getting fed up of my wide-eyed gawpy fan-boying. Captivating though, watching these simple dishes come together about a yard away, and I’m tempted to do his parsley flourishes for him.

The God of cliche shines down upon me as the best – a handful of smoky, springy milk-fed lamb’s kidneys – are saved until last. Crozzled and golden on the outside, creamy and velvet within.

Prior to plumping for this place I’d been half tempted with a return to hallowed St John and its lovely reservations. This dish takes me there.

By now well fortified and a bit pissed, I offer the last of these nuggets to the FT-wielding pinstripe next to me who struggles to cope with this level of social interaction. Snaffles the kidney though, of course.

This outlet’s older sibling has been anointed by the Michelin bods, but if it’s anywhere like here there’ll be none of the guffery you might sometimes associate with the starry bunch. It’s serviettes not napkins, your menu’s your place mat and there’s only one set of cutlery to worry about.

For the scran and the equivalent of a bottle of wine – I knock back some very acceptable by-the-glass recommendations that don’t take the Miguel – I rack up about 65 quid’s worth, which given the quality of produce I’ve scoffed and the non-fannying-about manner in which it’s cooked and dished up, I’m chuffed with.

Course, you can go the full Billy Big Bollocks if you fancy – lobster and a much lauded 20 quid prawn are proffered – but there’s no need when the standards are this good. And by that I mean I’m too tight.