The very first pizza I necked in a proper restaurant was topped, the way I remember it, with baked beans, and consumed before a matinee performance of Joseph at the Alhambra theatre in Bradford. What a day. How I loved his coat of many colours.

Fast-forward a quarter of a century and the institution that dished up that cheesy beany beaut, Bradford’s Mamma Mia, catered for our non-wedding (all the party, none of the blah blah) which took place at another local landmark – The Sparrow – around the corner.

Beers were supped, towers of pizza dispatched with regularity from restaurant to bar (no baked beans toppings on the menu these days, just the proper good wood-fired stuff) and there was more than enough Bruce Springsteen on the playlist for one sunny afternoon.

It’s mid-lockdown so the doors to the Italian gaff are, like many of our favourite places, shut; but the sister restaurant – another old-timer on the road to Halifax – have started a collection service which kicks off, handily, on the weekend of our anniversary celebrations.

Entering Mamma Napoli (lol) to fetch our swag is part thrill (the short hop being the furthest we’ve travelled for some time) and part tease (The tables! The chairs! The bar! The tantalising kitchen racket!), and over breadcrumbed brie in a thick tomato sauce (I did say old school) and tip-top pizza we ponder where our first meal out might be. Mamma Napoli’s a contender.

After finishing the rest of that Majestic Definition Rioja we go in on a Nerello Mascalese (£7.75, Morrisons), described on the supermarket’s website as being “rich”, “full-flavoured” and “powerful”. This being one of my go-to bottles I’d usually agree, but after the Spanish stuff it tastes thin and lacking. 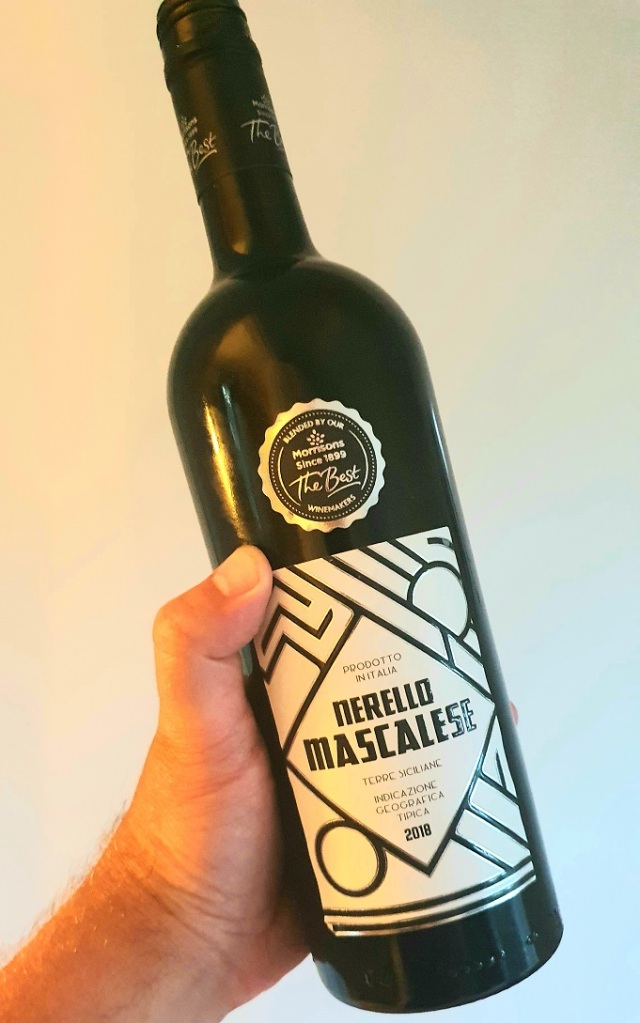 A couple of days later I open a Toscana (£8ish) – another from Morrison’s “The Best” range – and while I get that the grapes are picked late and dried in the same way as Amarone so as to intensify their flavour, I’ll put the wine guff aside and say this bottle’s undrinkable – acrid, metallic – and is binned off in favour of a cup of tea with Grayson’s Art Club. 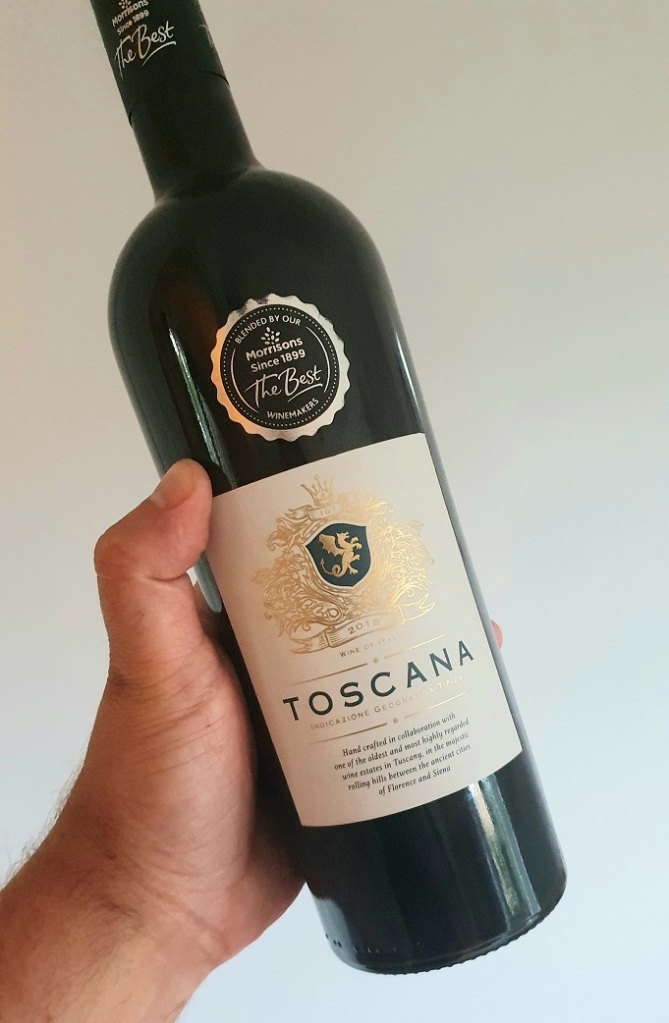 I shan’t write about tea.

(Bold on the stewing time, brave on the milk.)