Across the road from this sturdy old boozer you’ll find, hanging on the community notice board, a rota stating whose turn it is to sweep out the village bus stop.

Hetton’s that type of place; an understated Dalesy spot where the whiff of livestock’s never far away and digging in for a few pints at the local seems like the civilised thing to do. 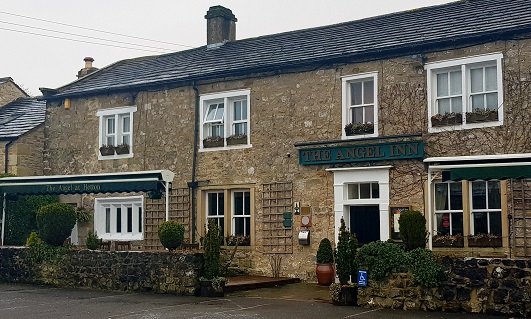 A ‘restaurant with rooms’ might be how the guidebooks refer to the Angel Inn but this is, at heart, a rugged and unfussy pub. Over a couple of beers I half expect a James Herriot-type to rock up at the bar, recently elbow-deep in a moody heifer.

There’s form here. Previous owner Denis Watkins was once described as the “Godfather of Gastropubs” for shaking up typical pub-grub back in the 80s. Into his wine, too, was Denis and I think we’d have got on well, despite his objectionable stance against scampi.

It’s tempting, on a dreich January night, to hole up in the bar with its crackling fire and the promise of sausages and mash. We move through to the restaurant, though; a Proper Dining Room with a touch of the Box Tree about it, although here you’re allowed to pour your own wine. Good job, because there’s lots of it to go at.

It’s a big list featuring some serious bottles, but any danger of stuffiness is swerved by the accessible and informative notes. Bottles start from the early £20s but we hit the carafes, a handy option that makes the act of ‘getting pissed’ far more interesting. We jump from ace pee-coloured Chardonnay to leathery Claret by way of something Chilean and juicy.

After some OK bread – alas, the good-looking sourdough I’ve seen on twitter wasn’t on tonight – comes an “Angel’s Moneybag” (£8.50): plump nuggets of seafood in a delicate pastry that crunches and crackles, with a booming and brilliant bisque the colour of rust. If it sounds retro that’s because it is: it’s been on the menu for years, this. 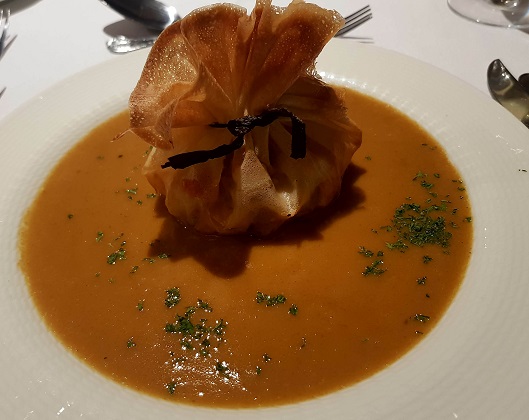 After that old-timer a slab of gamey partridge with spiced pear and confit bonbon feels comparatively modish (£8.50).

Mains are back-slapping bear-hugs on a plate. After spending years navigating through the steak ranks – we’re all bavette and bullet veterans now, aren’t we? – I enjoyed revisiting a classic fillet (29 quid). 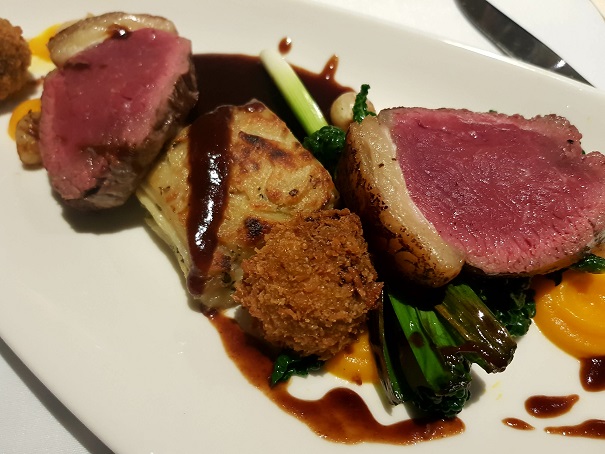 Turns out Jamie was wrong – source it right, cook it rare and this stuff’s not bland in the slightest. “Textures of onion” are sweet and gold, the “jus” sticky and rich. Knowingly old-school; a proper feed.

Going for the full gout-fest we also stuck away some yielding, melty-crispy confit duck. An accompanying mound of green beans needed a twist and a turn with the salt and butter, but don’t we all? 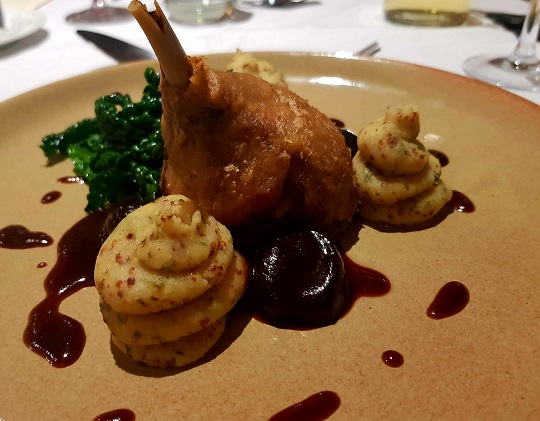 After a wodge of a chocolate thing and some chunks of interesting cheese from the wilds of, erm, Leeds and Whitby, it’s a good job that our Garden Room – one of nine belonging to the Angel – is just a short stumble away. Considering the scran we’ve polished off, a defibrillator hoisted to the wall nearby is both a disconcerting and reassuring presence. 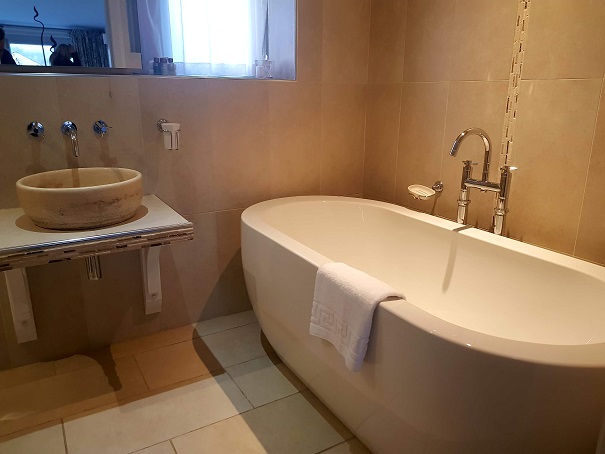 Each room has its own theme, and with its twin chairs facing out onto a tidy little patio we decide we’ll move into this one when we retire. Fresh milk and coffee come in handy the next morning. 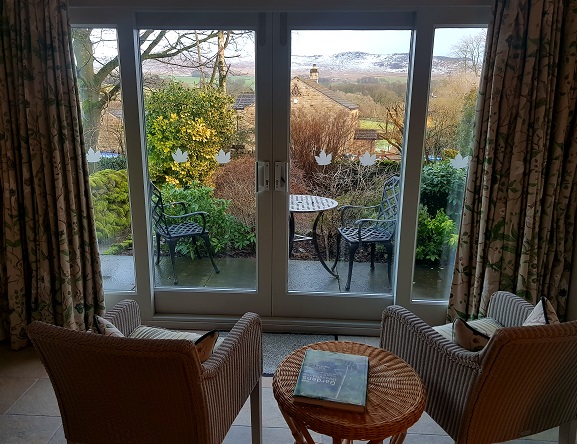 I’m a sucker for classic old spots like the Angel Inn, flogging a taste of the countryside for a night or two, with their polite but no-nonsense service and their appetite-pleasing food that lands on the table without fuss or fanfare. Stick me on the bus-stop rota and let this be my local.

One thought on “The Angel Inn, Hetton: Review”