I’ve droned on about the Moorcock a couple of times already – here and here if you’re interested – but it’d be daft not to briefly mention another peach of a lunch I had there recently. 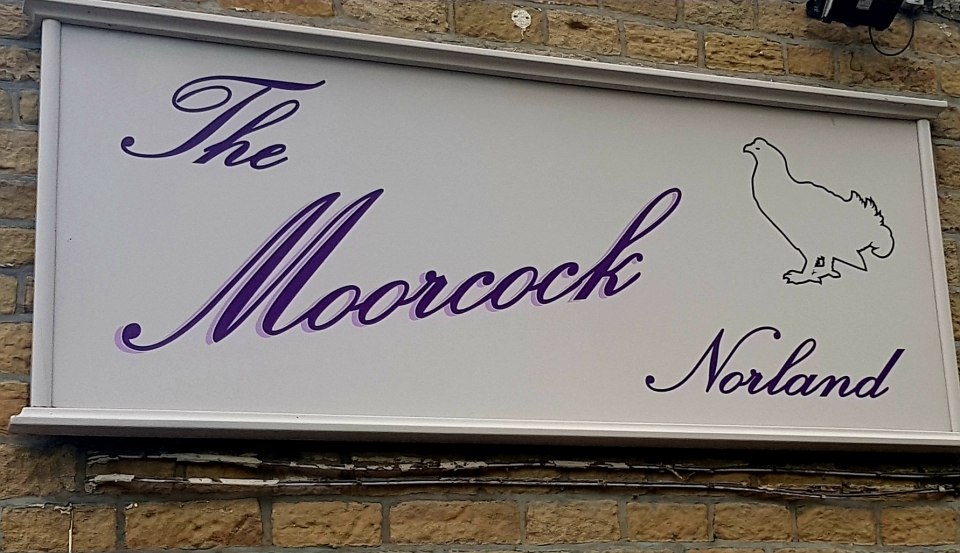 They’ve tweaked the menu format since the last visit. You can still get away with 35 quid a head for a handful of courses – ace value for this level of leftfield cooking – but now an additional couple of courses can be bunged in for an extra tenner, should you fancy. We didn’t, but we did chuck in an optional sharing course of lobster because we were feeling frivolous.

“Snacks” on this occasion consisted of a perfectly soft-boiled egg with bacon-bread soldiers and some meaty home-cured salami for extra dippage.

The potato soup up next was an earthy potage of fresh, velvety goodness with a lump of salty cods’ roe added for good measure.
This crispy crepe-poppadum hybrid, dotted with nettles, arrived over a plate piled with verdant, punchy herbs – foraged locally, I’m guessing – and smoked trout. It’s worth a visit to the Moorcock just to get your years’ supply of greens down yer neck; I estimate, on departure, that I’m made up of approx. 55% chlorophyll.

Plump chunks of lobster land with home-grown oyster mushrooms and turnip which, granted, aren’t your usual lobby accoutrements, but if you’ve read the more detailed posts of meals here (linked to above) you’ll understand that the Moorcock doesn’t really do ‘usual’ and that’s what makes each visit a bit exciting to nerds like me. 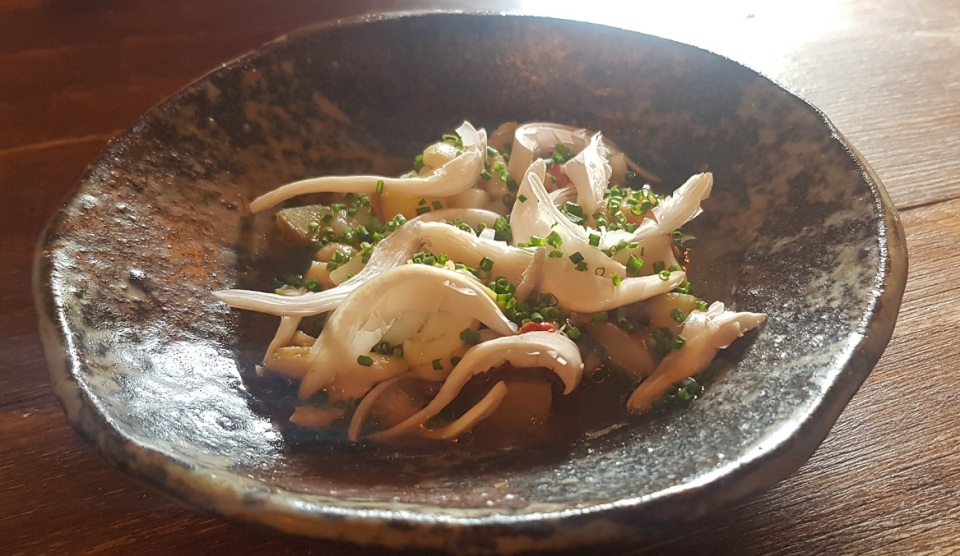 Maybe it’s because we’re the first table to sit down that a golden globe of salt-baked beetroot is, perhaps, a couple of minutes shy of being completely cooked through, but it’s still a tasty bit of root veg; the salt crust ensuring that it’s seasoned handsomely and the tahini-esque sunflower sauce giving the earthy stuff bit of oomph.

A tangle of bold, fibrous venison is as good a version of the beast that I’ve stuffed through my face, each substantial forkful melting away to nothing. The meat course is reliably ace here, and not just because it’s meat, but because the kitchen knows how to make it sing. 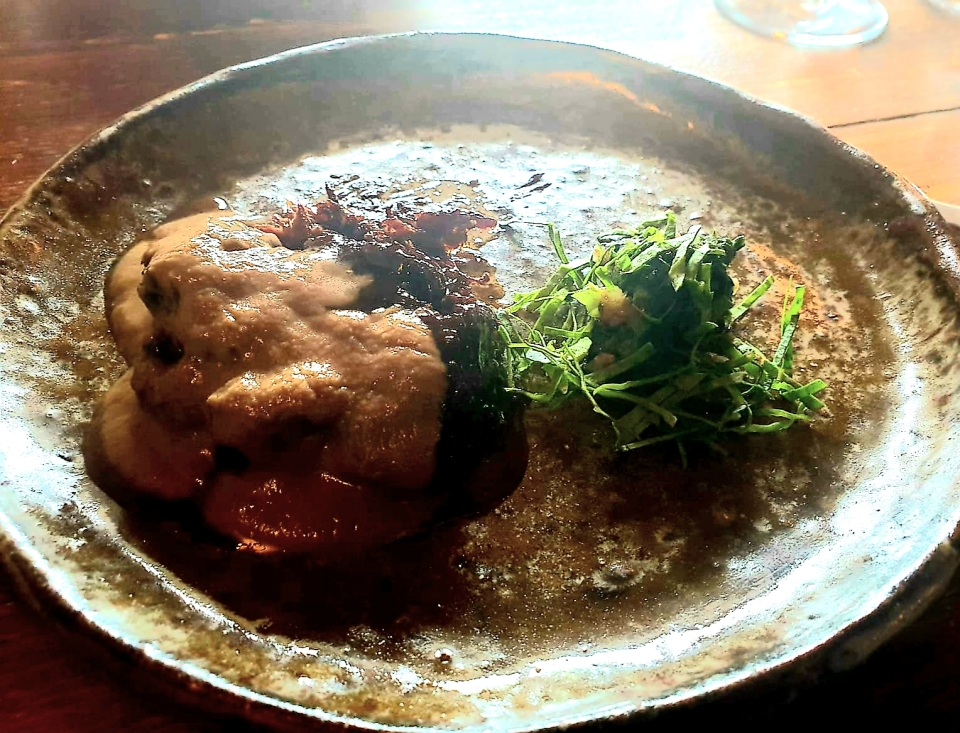 The menu speaks of plum and wild garlic, so I should really speak of things like balance and harmony, but so standout is the venison that had it arrived bare-naked and unadorned I wouldn’t have minded a jot.

As per, there’s a digestive tea that, as per, I can take or leave (though Asbestos Tongue always looks forward to), and then some superlative Moorcock ice-cream, this time flavoured with Angelica. (Me neither, but a quick search tells me it’s a botanical found in gin.)

You could stick to well-sourced beery refreshments but it’d be remiss not to have a dabble on the wine, here, where options are wide-ranging without being tiresomely tome-like.

When I’m not eating out in order to give me something to waffle on about on here, the stuff I tend to eat, like most folk, is pretty mundane stuff. So if you’ve read the above or just looked at the photos and reached a ‘that looks a bit weird’ conclusion, I hear you.

However, in an industry full of same-old same-old spots firing out the same-old same-old scran, it’s that individualism that’s the Moorcock’s strength, I reckon, and even though there’s invariably something on the menu I’ve never heard of there are always a couple of stand-out dishes and genuine surprises. Have a go.