Waving at steam trains and pretending to be interested in the Brontes can be tiring endeavours, so you’d think that quaint and cobbled old Haworth would be full of places to get a restorative bite, wouldn’t you? Not the case. It appears that once the touristy throngs have finished touristing they return from whence they came without hanging around for a feed. Day-trippers. No tea required.

Which means that options are limited in more than one sense of the word. Indeed, until we clock The Hawthorn on Haworth’s Main Street it looks as though it’s going to be a toss-up between one gaff still knocking out starters such as ye olde fanned melon, or another that lists ‘homemade lasagne’, ‘moby dick’ and ‘sweet and sour chicken’ amongst its mismatched mains. Philosophy seemingly: if we make it (all), they will come. I doubt that they do.

A concise menu, on the other hand, implies confidence and order, and The Hawthorn’s doesn’t muck about: five starters and only a handful more mains. I’m a fan before I’ve sat down.

You’ll be well looked after here, too. The team running the show out front is as engaging and enthusiastic as they come.

We start with some well-oiled focaccia (£2), and a ruggedly refreshing tomato and burrata salad (£9) that surely offsets the sack of dry-roasted peanuts necked on the train. Assembly jobs like these really do rely on the stuff that goes into them; here the tomatoes are tip-top and the pesto punchy. 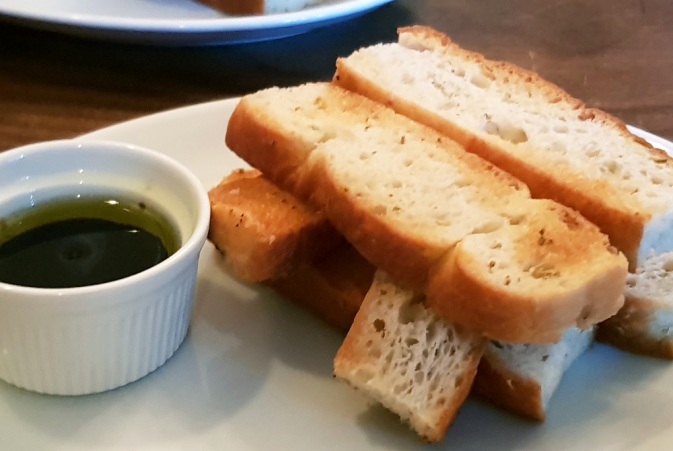 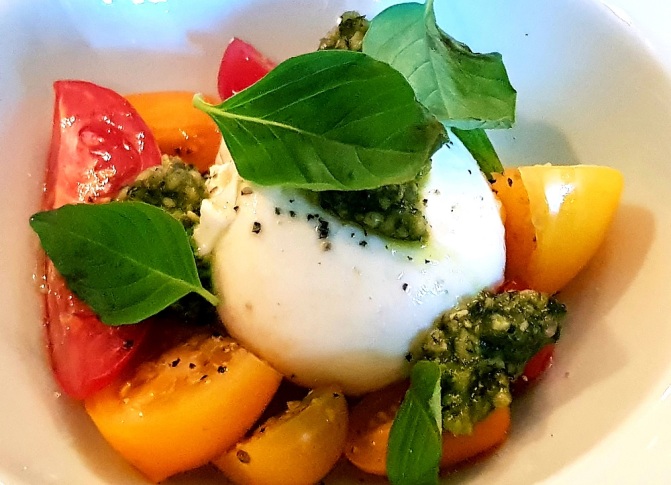 A beef carpaccio (£8.50) – slender slices of cow stained a rusty Barolo red and scattered with tangy capers – speaks of more good sourcing, but the beef’s even better in its steak form; the hefty fillet’s full of farmyard flavour and reminiscent of that beaut we scarfed at the Angel in Hetton (£24).

Remember a few years ago when chefs kept going on about fillet being flavourless? Must’ve using the wrong cow.

My weighty chunks of cod do the pearly-flaky-meaty thing and land with some lightly-charred asparagus and a table-wooing crispy egg (£18). Someone’s knocked up an asparagus cream that’s particularly good with chips and bread dredged through it. 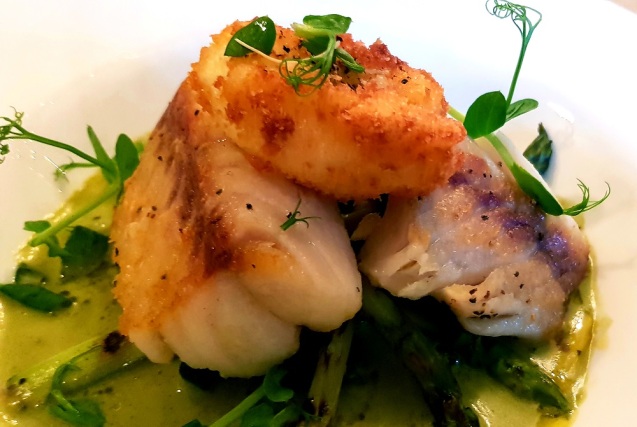 The fish could perhaps have done with an invigorating spritz of lemon and a twist of salt before being sent out to do its job, but couldn’t we all?

We drink some good stuff from an accessible list (bottles £16-£33) including a standout Sancerre alternative for 25 quid and have dessert – good cheese and ice-cream – outside overlooking the cobbles.

We might not be pushing culinary boundaries here but so what? Do folk really want their boundaries pushing after a day spent chuffing up and down the Keighley and Worth Valley Railway? (Hey, there’s a bar on board so it’s basically a bucolic pub on tracks.)

The next time you want to go a bit Wuthering Heights I suggest you swerve Haworth’s lazy spots of yesteryear and get amongst The Hawthorn’s well-executed bistro scran instead. It’s bang-on what the place needs.

See also: The Angel at Hetton.