Nothing that happened was meant to happen. Plans were in place, but, reader, I went rogue.

I was meant to make a maiden visit to the Noonshine Cafe at Outlaw Yacht Club and eat some stuff, but nobody told me it’s attached to my old hairdresser’s. Fearing awkward conversation with my old mop-cutter, such as “why did you never come back?”, this plan was aborted.

Next on my agenda was a trip to the Social. It was closed.

Which led me to IT Bar and Food Joint where I finally got a beer and some scran. It was empty when I walked in but full by the time I left. Pretty good for early on a Friday afternoon. I ordered the wings in hot sauce (£4.95) and was happy that I had. 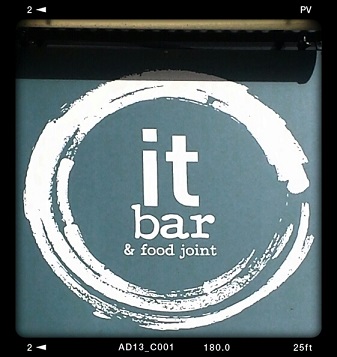 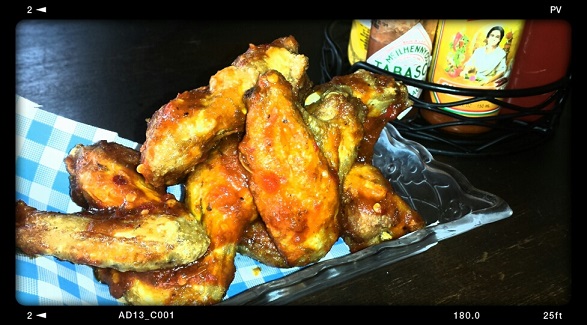 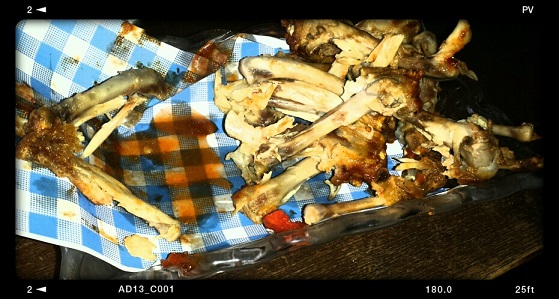 Not sure the people opposite were quite as glad given some of the looks I got at the evident mess I was making. My lips and fingers were reduced to a sauce soaked mess in no time, the wings being sticky and moist. The hot sauce, thankfully, wasn’t of the ilk that leaves the tastebuds feeling like they’d been laced in napalm. It had a healthy kick eliciting a small bead of perspiration. My napkin got a thorough workout.

I’m starting to realise why I got pitying looks.

Onwards to the North Bar. A Leeds institution. Despite the warnings of over-priced refreshments I managed to imbibe some good Magic Rock stuff for £3.60 a pint. Granted the half of Founders’ All Day IPA at £3 was a tad steep (it’s good, but it’s not worth £6 a pint) but still; a nice place to while away a chunk of an afternoon. 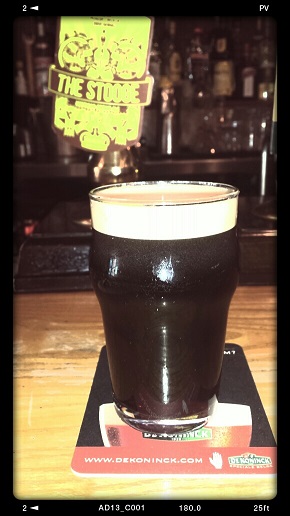 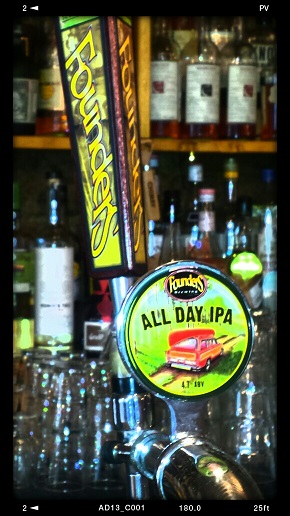 I also noticed you can get pie and peas or bread and cheese (there’s a blog name in there) for a fiver each.

Next, to Crowd of Favours after a suggestion from a friend who wanted the lowdown. Never one to shirk an investigative recce I located the Leeds Brewery boozer and took my place at the bar with a bottle of the excellent Hellfire beer (£3.50). My notes tell me there were “a couple of Heineken lads. A couple of Kernel geeks.” I liked that there’s a choice for all.

(Incidentally, by ‘notes’ I actually mean hastily scrawled ‘reminders’ of where I actually went. Beer plays tricks on the old memory…) 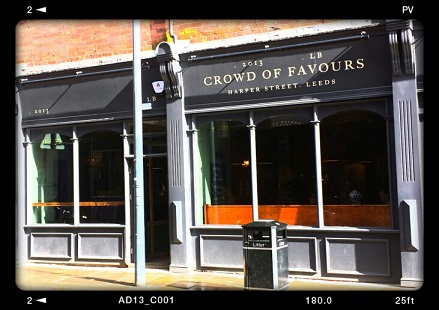 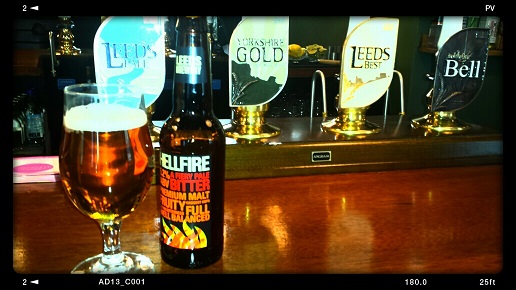 There’s no denying it’s a handsome pub and although the menu was perused I was saving myself and my recovering appetite for my next stop. I’ve heard indifferent reviews about the food but anywhere that sells those jalapeno pretzels deserves a return visit to try for one’s self.

And now the controversial one.

The last stop before the train home was meant to take me to Trinity Kitchen and specifically the Dorshi lot, up from Dorset for a stint doing their East Asian fodder. Heard excellent things. Glowing reviews. Cries of woe that they’ll soon be gone.

But I needed a burger.

And so to the MEATliquor crew. Having read some interesting stuff of late – some good, some not so, and in anticipation of them opening a proper place in Leeds – it was time to make up my own mind.

I went for the Dead Hippie at 7 quid.

I thought it was bang on. 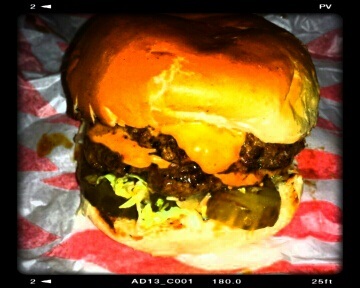 Two beef patties with a blush of pink within. A sauce redolent of the one you had on those burgers from your yoof.

A bun shouldn’t survive for longer than the contents within and neither should it submit too soon. This one yielded about three quarters of the way through as is right.

Naturally there was a window for supper later on. Proper supper – between tea and bed. Mine consisted of half a scotch egg, a chorizo sausage roll and a small tub of coleslaw from Hepworth’s Deli. 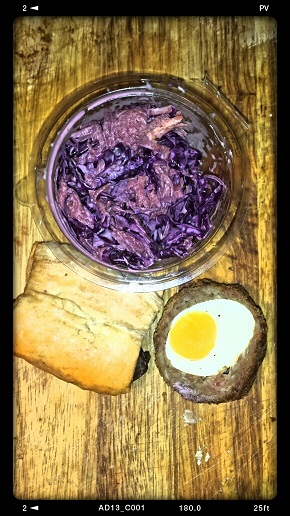 The sausage roll was meaty and firm and not too rich with chorizo. The scotch egg was good, but being the last one had maybe lost a little of its mojo, and the coleslaw was excellent.

I’d also bought chocolate stuff and, though I didn’t get a taste, was assured that they were “amazing”. Bloody big too.

So. Best laid plans and all that.