It’s two days since an evening at Ricci’s Tapas & Cicchetti and I can still feel a fug of pungent garlicy aioli seeping from the pores. This is a good thing.

Ricci’s might be a ‘small plate’ joint but it’s big on flavour.

Given the nod by the team at the Design House Restaurant we made the short stroll from the bar there (prosecco now on tap = good times ahead) to Ricci’s around the corner.

It’s a bright wide-corridor of a room with tables in one neat row facing the bar and kitchen, from which the first things to land were blue cheese fritters with Cecina de Leon (paper thin slices of cured beef). The batter was light and the hit of acidic saltiness from the cheese didn’t blowtorch the tastebuds. A promising start. 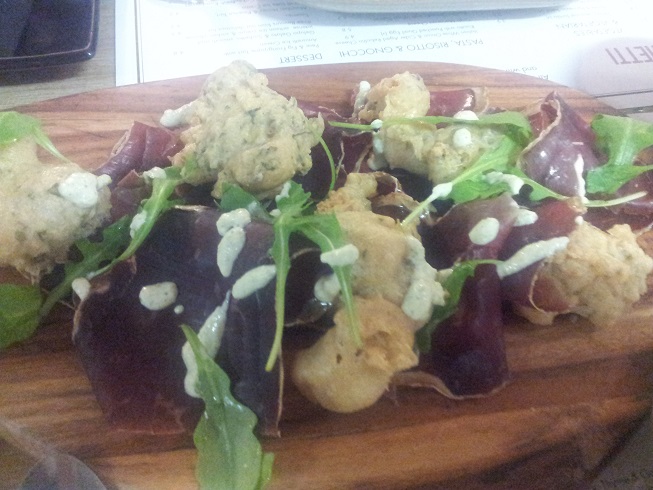 Porcini Gnocchi were autumnal-rich but, like the fritters, not stodgy. Nuggets of meaty grouse sitting on top were cooked perfectly. The peppercorn sauce nearly stole the whole show, being so bread-dunkingly good. 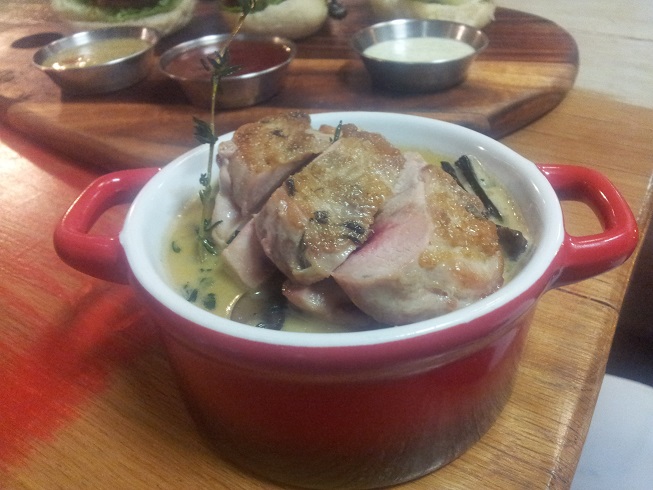 We’re on a search for the perfect patatas bravas and the Chunky Chips with Salsa Brava was an excellent take on the classic. No bland tomato sauce here. Instead, a dip of fiery paprika mayonnaise with a proper kick to it.

I had no idea what the ‘Sobrasada’ in the ‘Croquettas de Sobrasada’ was. I do now – a spicy sausage mix – and I know I’ll be having it again.

Crab Macaroni Cheese was trashy and luxurious at the same time and wiith a nod to health we chucked in the obligatory salad, too. (It went unfinished).

By this point what had started as an empty restaurant was filling up. The two chefs in the open kitchen were shifting through the gears and when we left every table was taken.

On a Tuesday. In Halifax.

After all that we had no reason to order the trio of sliders other than greed. Order we did. Arriving soon after was a selection of Iberico pork & chorizo; lamb, chilli & mint; and turkey & morcilla mini burgers. 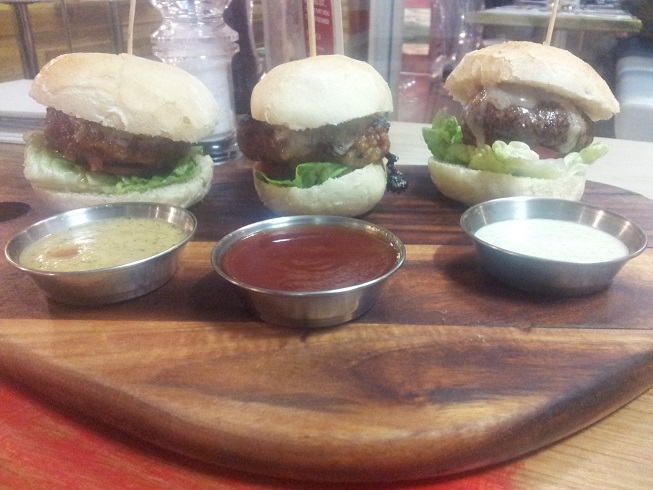 Fair to say these were more sizeable than your usual slider but this is Yorkshire and getting more burger for your buck is never to be balked at.

There was no room for dessert. We were even at risk of leaving wine, so full were we.

Recently we ate some top-drawer tapas at the highly-regarded Iberico in Nottingham and didn’t expect to find somewhere so comparable so close to home. Ricci’s ticks the boxes; there’s quality coming from the kitchen and the service is efficient, professional and friendly. And it’s cheaper.

In fact we ordered far more than we needed and spent much less than we intended. Result.