Brave thing, opening a craft ‘bier cafe’ in the middle of a recession. Braver too opening it in Bradford; a city that was hardly rolling in it even before the cuts came to town.

But while Leeds has its North Bar and Manchester its Port Street, two years ago Bradford gained The Sparrow, and amidst the gloom of a city that, it’s fair to say, has taken a beating recently, (see the Westfield balls-up, the Odeon debacle and the ever-rubbish Christmas lights), The Sparrow’s become something the locals can justifiably show off about. 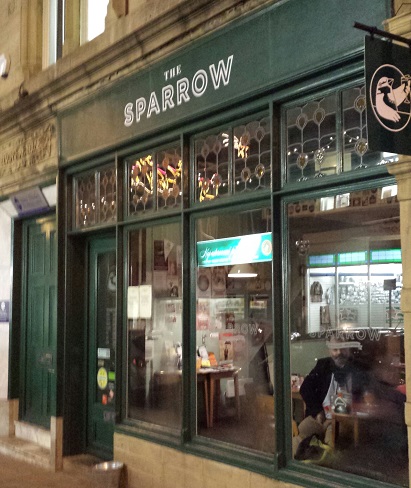 That’s why the Guardian rated it in their Top 10 UK craft beer bars.

Granted, I’m a biased Bradfordian, but there’re genuine reasons why The Sparrow holds its own in such illustrious company as the places mentioned above.

The punters here are a more diverse set: students and suits mix with the rockers and the readers.

There’s reclaimed and recycled furniture that give it a proper European cafe feel upstairs whilst the basement feels like it was made for a late night illegal poker game.

Recently there’s been a string of busy comedy nights and in the past there’ve been successful acoustic gigs.

Best of all, you can drink here relatively cheaply. The ‘house’ beer, Bernard, is about 3 quid a pint as is most of the cask stuff. The keg beers are cheaper than what you’d pay for the same stuff in similar places. (This is both good and bad in that you’ve always got enough for one last pint of rocket-fuel…) Most bottles are under £4 and even the special guest stuff rarely goes above £5.

You can have coffee if you want, but as good as the coffee is, it might be a wasted opportunity when there’s so much good beer on; some of which is quaffably easy drinking, some of which is beard-strokingly interesting.

Food-wise, we rolled in recently on the last of the current Streetfood Fridays. Flogging their wares this time were Pizza Pod. Between 4 of us we inhaled a pepperoni and a ‘Sparrow Special’ with fennel and anchovies – both thin, charred and blistered – washed down with pints of Camden Pale and bottles of Jever.

The usual daytime menu – pies and pickles, breads, olives and cheese – is bought in from a very good deli in the nearby John Street Market. You can have a pie and a pint for £4. 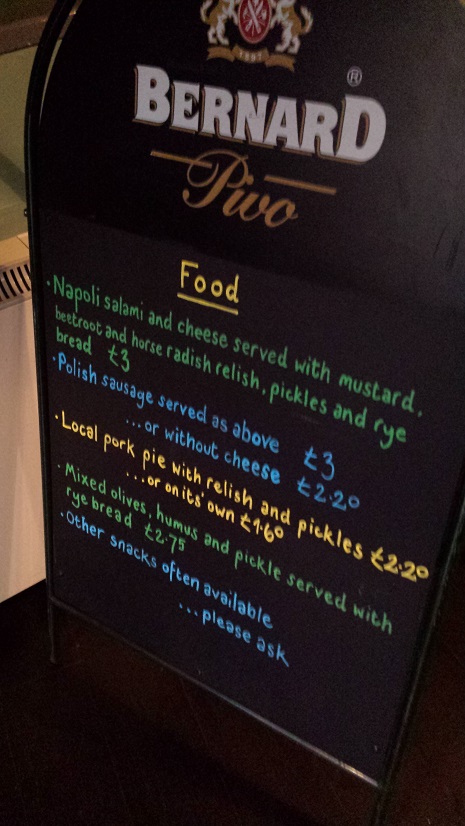 The Sparrow’s the kind of place where a quick pint turns into a lazy evening and where every evening feels like the best kind of Sunday afternoon.

It’s not bad having a nationally acclaimed city centre bar that also feels like your local boozer.