‘Surely this restaurant malarkey’s hard enough already without ditching crowd-pleasing slabs of seared and sliced animal flesh, in favour of Stuff From Water’ was my initial and long-winded reaction when I heard about a seafood joint opening up at t’other end of Halifax.

That’s not to say it couldn’t be ace, but would there be enough of a demand for the fishy stuff amongst the natives to keep business ticking over?

That it was rammed on our visit suggests that things are either going swimmingly or the good people of Elland have an unlikely butternut squash tortellini habit. (Admirably, one of only 3 main courses not to have started life in the Big Blue. Fear not, though, Alphas, there’s a burger on, too.)

You can expect a bit of form: Catch comes to us by the folk behind The Fleece Inn; Yorkshire Life’s “Inn of the Year 2015”, innit. There’s some blather on the website about how the family behind both ventures have summat to do with chippies in the blood, which explains the whiff of bubbling fat and vinegar on chips from the attached takeaway as you walk in. Suits me.

The restaurant itself isn’t just a formica-tabled chippy add-on, though. It’s a buzzy, best-of-2015 room: here some tile, there some exposed brick. You know the score.

Continuing the façade that is us trying to look like we know what we’re on about, whilst paradoxically unmasking us for the slavering idiots we actually are, we necked half a dozen ozone-y oysters at the bar. Pepped up with tabasco and lemon, these were spritzy beauts. (£10)

Had some anchovy on toast, too, to really get that thirst built up. (£3) 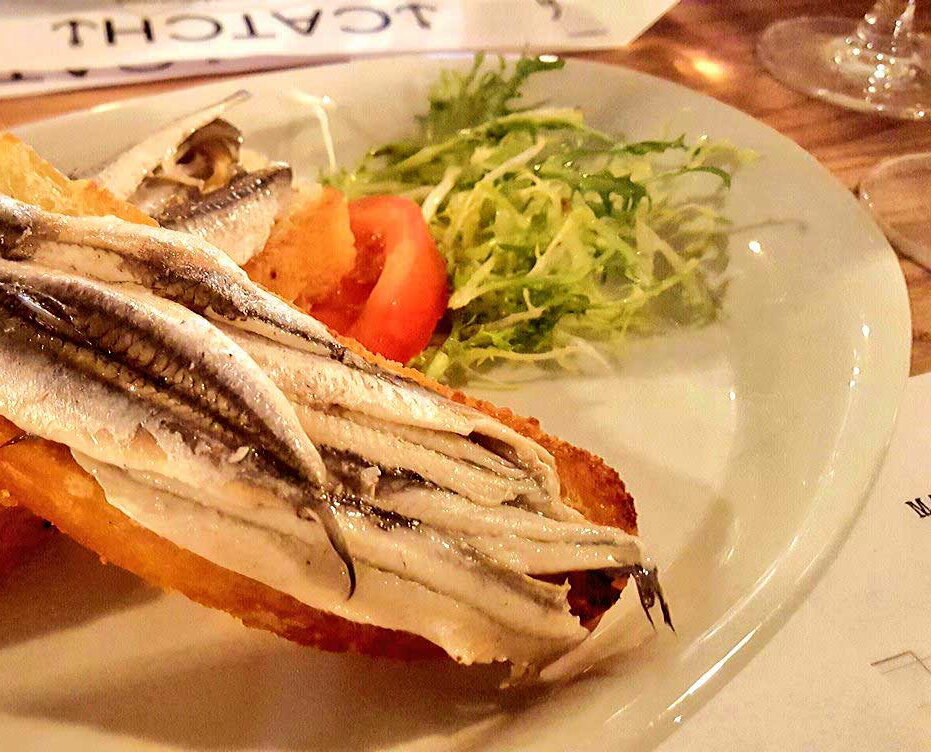 Talking about supping, here’s a welcomingly compact, well-picked and fairly-priced wine list. If so inclined, you could sample a few bottles without going over 20 quid per go. You could do this, but you might be a bit tender the next day when you meet your mate in Huddersfield for an afternoon pub crawl and end up having to take Monday off work.

A prawn cocktail starter (always) was tasty and generous enough, but a dash more zing in the sauce wouldn’t have gone amiss. Still flattened it, like. (£7.25)

Not usually my thing, lobster, but for a tenner we were kindly granted a smaller portion of the pasta dish it’s usually served in. Sweet, rich, (unlike me) and buttery (like me).

Knocking about at the other end of the luxury spectrum, it appears there’s a cracking bisque to be made from the humble clam. This one, lingering and loitering around a perfectly cooked chunk of meaty halibut, had those heady seasidey notes it was going to be impossible not to mention when writing up this kind of scran.

I’m no spud-geek, so either this purple variety has an inherently deep earthy flavour, or they’ve been cooked and seasoned by a chef who likes the good stuff. I suspect a bit of both. That scallop was, to use the proper lingo, bronzed and melty. (£17) 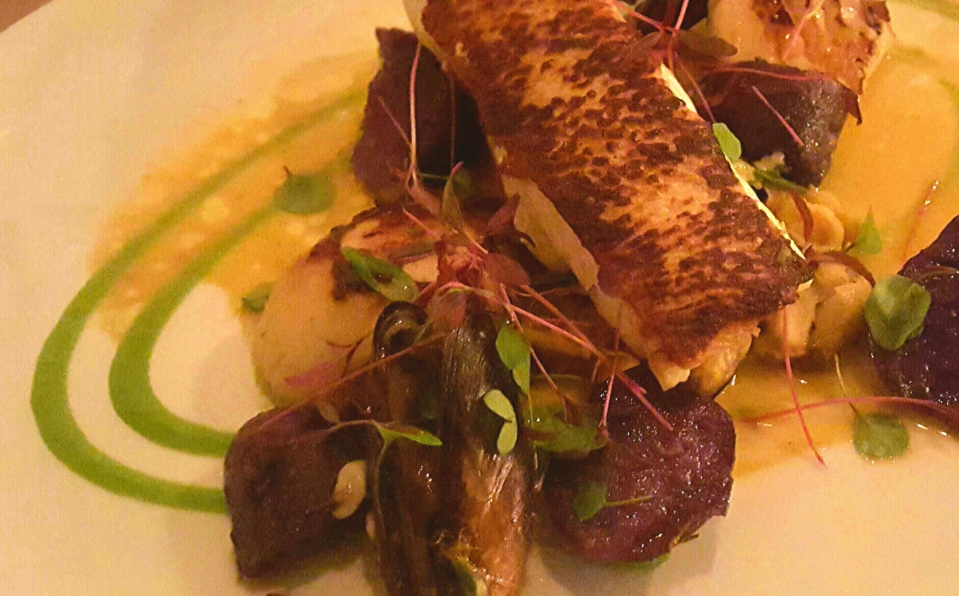 Sweet fillets of crisp-skinned sea bass – cooked, again, right on the money – came with a pea and prawn risotto that ticked all the boxes: unctuous; with bite; too much of. (£14)

Service was shmoove, an impressive feat given a) it was packed and, b) by now we’d become boozily incoherent.

What lingers is that there’s some fancy-pants-but-not-too-fancy-pants cooking to be had here, depending on the occasion/bank balance/’foodie’ pretentions. Posh it up with the lobby, go rustic with hake, or – and here’s my advice to everybody about everything – have some fish pie.

Catch, I doff my so’wester.

PS: Have the chips. They’re Patty Smiths good, so be a pro and get seconds.