We had reservations for San Carlo, and not of the table variety. Over a long indulgent lunch, however, we were proved happily wrong.

Our search for the perfect pizza in these parts is over: San Carlo have nailed it.

Those reservations came with the unashamedly blingy interior. Worry kicked in that this was going to be a high-priced, average-at-best Italian. A place to see and be seen where the scran came second.

But when the generous portion of chicken livers on toast landed – pungent, gamey and rich in a deep, bread-dunkingly good gravy – we knew we were in safe hands. On a less hungry day (not many of those in these parts, granted) these could easily pass as a main course. At £6.50; a bargain. 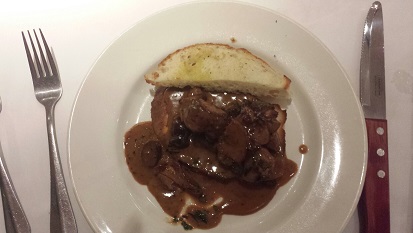 Lobster linguine managed to be both homely and luxurious. Pasta in your run-of-the-mill local Italian usually can look and tastes as if it’s been in the pan for an extra few minutes “just to make sure”. But this stuff was golden and toothsome.

Chef wasn’t tight with the lobster either and the dish bought a little bit of the Italian coast to the grey skies of Leeds for about 19 quid. 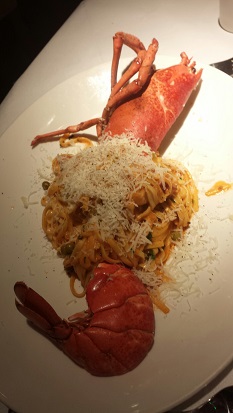 We concluded some time ago that most places are usually average verging on abysmal when it comes to pizza; the presumption being that we want a pizza laden with as much generic “meat” as possible and that this makes it good.

So when this landed on the table to say I was pleasantly surprised would be like saying Keith Floyd liked a bit of a drink. 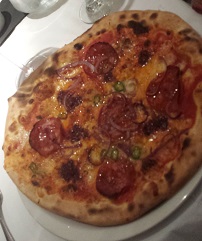 The base – at last – shared the spotlight with the topping. Thin but substantial, burnt and blistered, charred and baked through.

A scattering of salami, a few spoons of n’duja and a hit of chilli were married to the base with a scant smear of tomato sauce and a few blobs of mozzarella. Less was certainly more.

At £12 it’s probably marginally more expensive than the usual high-street pizza place, but the point is that what we ate here is more than marginally better.

A couple of quid extra bought us a lot more care from the kitchen, and substance to go with the style.

Anywhere else doing pizza this good, without having to go to Italy?