Granted, you’re unlikely to experience the full jiggery-pokery of a Michelin starred kitchen when you’re booked in for a Sunday lunch – who wants their gravy dinner arsed about with too much, anyway? – but 35 quid at the Box Tree in Ilkley will buy you 3-and-a-bit courses for a taste of what fancy pants dining is all about; half what the full mashings would usually lighten your wallet by*.

A cursory glance at a couple of other high end gaffs suggests £35 is about standard for Sabbath fare. Some, brazenly, charge extra for beef, for which – this being Sunday Lunch – they’re banished to the naughty step.

Still, let’s not pretend £35’s cheap. Art’s Cafe in Leeds & TNQ in Manchester, to name but a couple, offer better-than-decent 3-coursers coming in at under £20. And there you don’t have to worry if you’re allowed to wear jeans or not.

Veloute might not usually get the pulse racing but given the pissing rain we’d just trudged through, it picked itself. 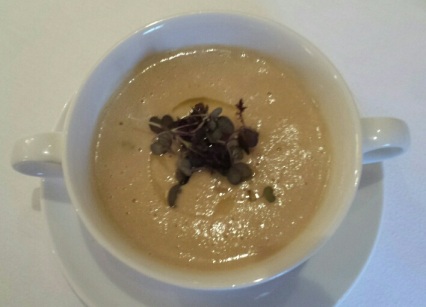 It was an umami-bomb winner of roasted onions and heady stock with snicks of spiky blue cheese chugging about. Only with the addition of half a loaf of Mighty White could it be improved.

A deep-fried, rustly-coated crispy hen’s egg did the pleasing necessaries once speared, provoking the slow-nod-of-approval all round. 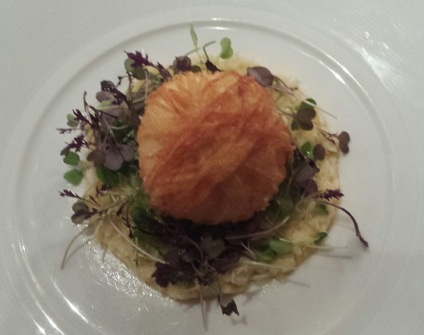 After considering the halibut for 3 seconds, senses were come to and mains were played with a straight Sunday bat.

Generous portions put paid to any concerns that a place like this might be a bit tight. Quality, mature beef comes as pink as you want (bonus points) and the confit lamb was, as they say, meltingly tender. Meaty stunners.

Traditional accompaniments were on the money – nowt too soggy, nowt too dry – although Yorkshire Pudding fanciers will note these aren’t skyscrapers. This is The Box Tree, remember; we’re refined here, innit. And you get two.

If we’re paying for dessert we’re consuming dessert, no matter how full we are. 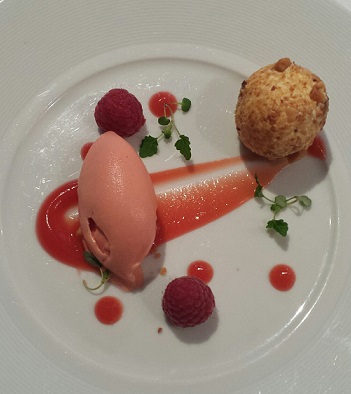 Having a gut feeling that we’d have more than one bottle, we stuck to the first few pages of the wine list where there’s plenty of well-priced options; the Malbec stocks got hammered. Venturing much further into the list is for the courageous of heart and loaded of wallet.

We’re all for informal dining but when you’re making an afternoon of it it’s nice to be in safe hands, and the front of house crew are proper pro without being fawning.

Plus, in a move we agreed was well posh, there’s free Acqua di Parma in the lavs, of which we each doused ourselves in about a tenner’s worth.

** Our bill came to £100 per person. You could easily do it for 50 quid each if you don’t embrace the wine as vigorously as we did.