Perhaps it’s my loss, but I never made it down to Brook’s under its original ownership. Pretty shoddy going, considering that it’d been ensconced on the same Brighouse backstreet for at least a couple of decades. Truth is, the longer I left it the more safe and staid the menu seemed to look, and the more time went on the less convinced I was that it’d be worth the taxi fare.

So it says a lot about the new gaff (same name, same place, different folk) that on the morning after this maiden visit on a Friday attempts are made (unsuccessfully, it turns out,) to juggle plans and get back down for their Sunday offerings a swift 36 hours later. A tidy menu, some smart cooking and two bottles of Albarino will have that effect.

I like that the homemade bread here is old-school, pillow-crumbed, baguette – oven warm – and that the lightly Marmite’d butter it comes with stakes its claim as pretender to the beef dripping throne, which is surely the holy grail of bread spreadables. There are snacky profiteroles – moreish mouthfuls of wispy pastry smeared in sharp, tangy goat’s cheese and anointed with amber honey – that arrive alongside. And I can tell I’m rusty ‘cos in Normal Times these would be down-in-one jobs, but tonight I nibble demurely. 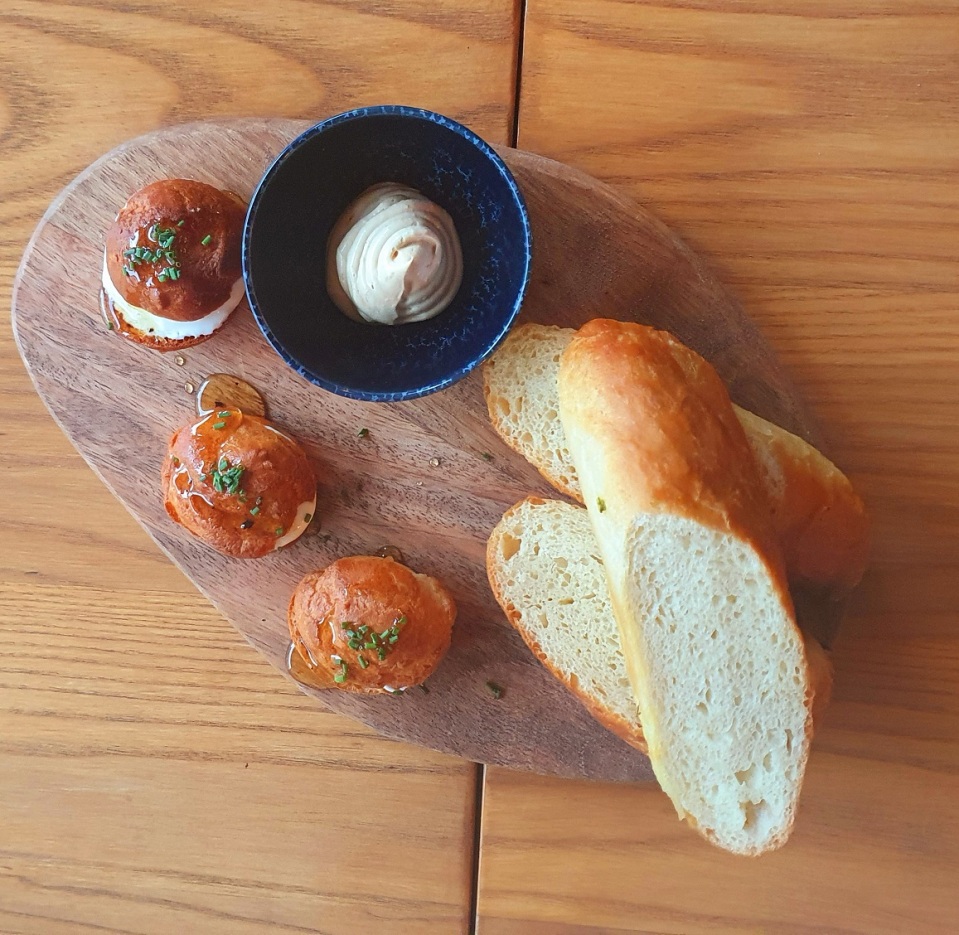 In a stubby trio of crisp croquetas (£8), loaded with creamy Tunworth and daubed with, first, a liberal pool of buff, glossy ox cheek and then a fluttering of nutty Pecorino, we have three deep-fried gifts that keep on giving. Crunch and cheese: the timeless crowd-pleaser. 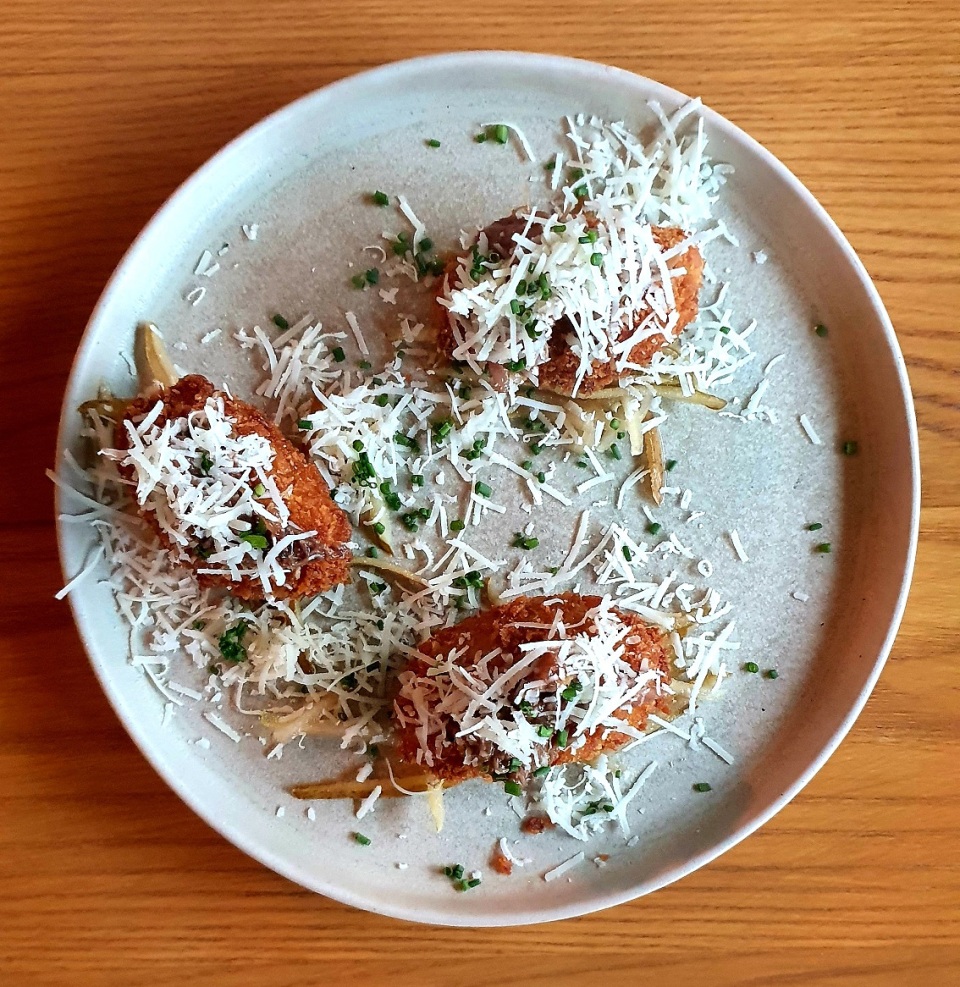 From the cosy to the contemporary. Squat, lightly-crozzled forkfuls of gnocchi (£9) have been pepped up with the vibrant, battery-lick hit of tarragon, giving a delicate mound of mild-mannered crab a bracing jolt. Citrussy brown butter brings the zip, charred gem lettuce the crunch. I can hear the doubters and their expletives of disbelief, but my love for a charred wodge of lettuce knows no bounds. 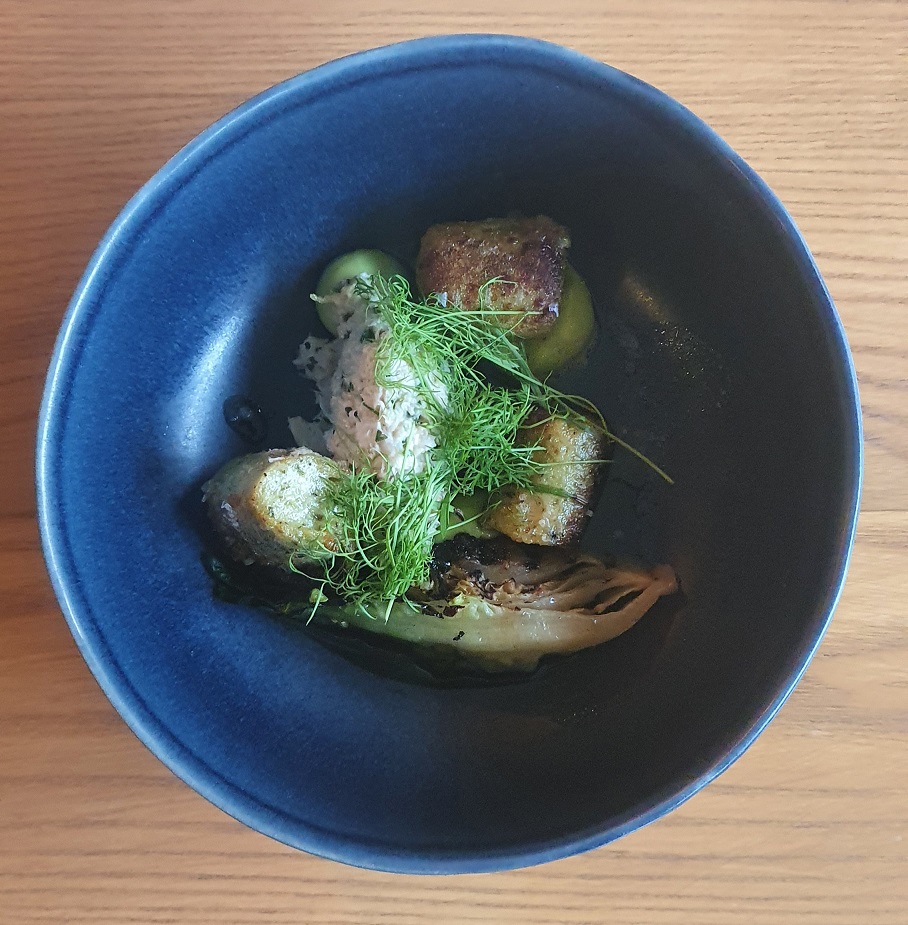 Fillets of plaice (£18), the fish far richer than its delicate demeanour implies and cooked with a knowing hand on the tiller, arrive in a pool of clam and samphire cream that lends itself very nicely to the leftover nubs of baguette. And, as if I wasn’t already convinced that things here are Done Right, a side of crispy layered potatoes come adorned with – what’s that? – yup, extra potatoes – these a chip/roastie hybrid – for some serious spud on spud action. Of course, anywhere serving potatoes with potatoes gets a million bonus points and my unwavering loyalty. Forever.

We do puddings primarily because Brook’s is a nice place to be but also, let’s face it, because we’ve currently got ‘nowt else to do after this but go home and watch more Taskmaster. And I like the simplicity, the no-pissing-about-ness of a chocolate and coffee torte and an orange olive oil cake; both served warm to make the accompanying ice-cream the best melty version of itself. 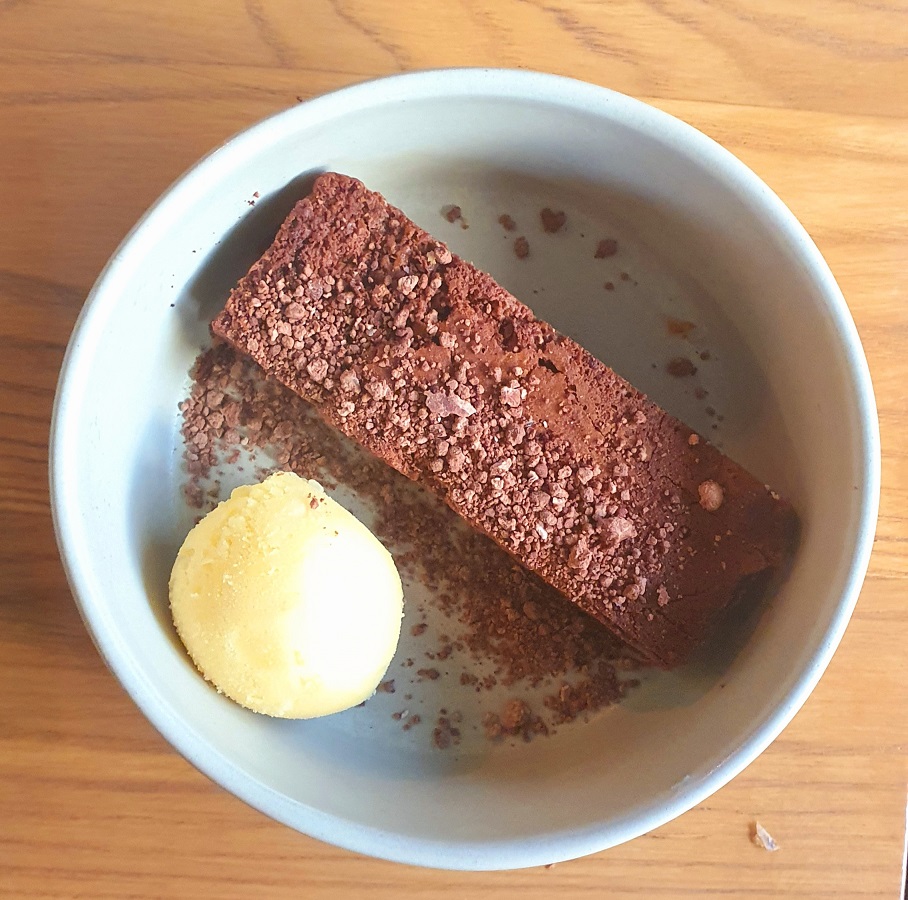 Yep, this’ll do nicely, and of course the obvious line here would go something like ‘I won’t leave it another two decades for my next visit to Brook’s’. And I won’t, because I like the friendly team here who are On It without it being forced or unnatural; and I like the room that’s plush and understated in equal measure. And I very much like the cooking, with its canny knack of levelling up the smartly-done familiar to the eye-catching ambitious.