Not quite in the same league as seeing Dylan at Newport, The Who at Leeds or Gareth Gates at Maestro’s, granted, but I can say I was there – 2014, was it? – when Prashad rocked up at The Sparrow, two Bradford stalwarts, for an evening of scran and beer matching. The people lapped it up, I ate too many pethis, and the “no beef” behemoth that is Bundobust was born.

Prior to this, my only experience of Prashad had been a swift visit to their backstreet Bradford spot with a mate who treated me to a box of bhajis to take home, and it wasn’t long after that the business relocated to the larger Drighlington space which it inhabits now.

It seemed, to me at least, a head-scratcher of a move, and because it’s a bit of a ball-ache to get to this is the first time I’ve made one in. It’s a trip worth every bit of the 16 quid each-way Uber though, and not just because the journey bumped my rating back up to a whopping 4.86.

We’re led through a rammed ground floor to an upstairs room where, as per, Asbestos Tongue bags the seat overlooking all the action and I get the one facing her and a wall. I’m told it’s a vibrant room with a beamed ceiling and people having a spiffing time.

While I can’t see much of what’s going on I can certainly smell it. The room hums with the heady hit of cumin and coriander and other stuff we recognise but more, too; complex and unfamiliar.

Take a sphere of lentil kebab, for example, that’s full of moreish astringency and an alchemy that a mere mortal like me will never be able to pin down to its component parts. Unless I buy the cookbook.

Snappy poppadoms come with a fresh take on the pickle tray that, seeing as how we’re within or not too far from the famous triangle depending on which map you believe, includes a seasonal rhubarb and apple rendition.

Those pethis – deep fried balls of compacted coconut and potato – are packed full of more punch than their diminutive size belies and even better than I remember (£6.95). Spicing is serious here, and these radiate a deep-rooted thwack of heat the instant they meet your mush. Bonus: they come with the same feisty coriander chutney – the one that tastes dark and rooty – as the one you get smeared on yer Vada Pav at Bundobust. (Or it at least seems the same to my knackered old palate.) 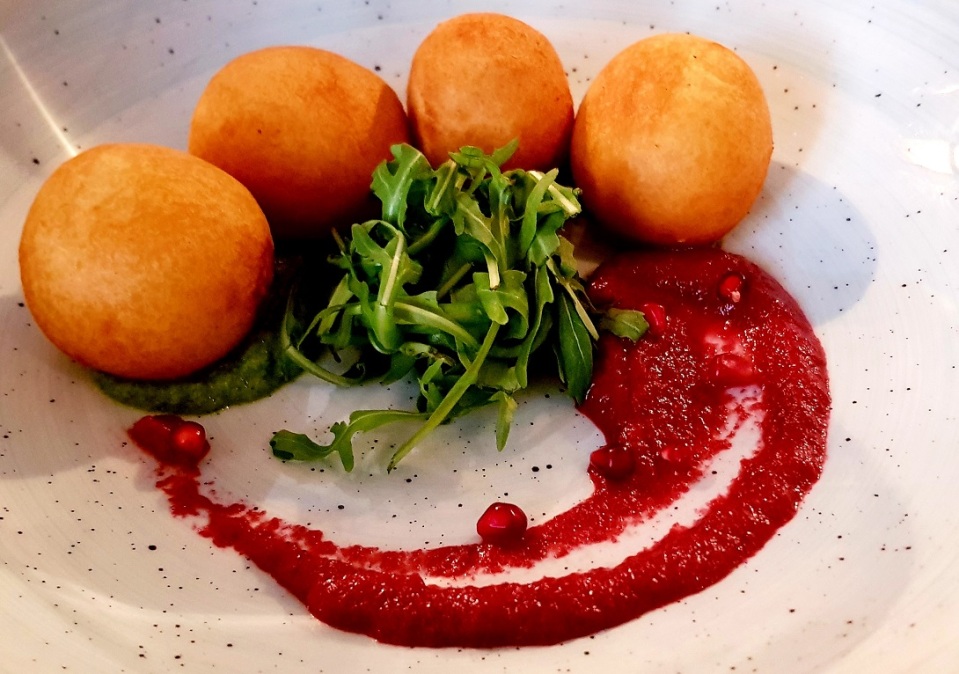 Providing an inspired but completely accidental textural counterpoint to those dense globes of brilliance are a clutch of crisp-shelled, chickpea-laden dahi puri, scattered with sweet, crunchy onion and doused in the one-two combo of fresh yoghurt and tangy tamarind paste (£6.95). We bypass the cutlery and knock these back in one go, and so should you.

To flatten the whole gamut of starters would, I’m sure, make for a very merry evening, but that’d mean missing out on the chole – chickpea curry to you and me – in which buttery legumes arrive bobbing about in a sauce a deep shade of rust that’s a booming bear-hug of heat rather than a cheap chilli slap of empty promise. (£12.35)

With its coconut and mango beers, its cocktails and its nifty wine list, the drinks menu has certainly moved on from the options available that night at The Sparrow, where I recall sinking the likes of Jaipur and Mary Jane. That said, after a few swigs from a bottle of Viognier tonight I ditch the pretence and switch to pints of old-school Cobra. Call me uncouth – you won’t be the first – but old habits die hard, and all this complex spicing is thirsty work.

Presentation might be precise and polished but, at heart, this is family cooking with a heap of finesse. It’s food that fills, and that we’re satiated halfway through the mains is testament to those layers of flavour that cleverer people than me bang on about. We doggy-bag. We breakfast. We look forward to the prospective Leeds opening where the pethis will be easier to get to.

One thought on “Prashad, Drighlington: Review”